What happens when 50 diverse, powerful women come together to share their hopes, dreams, imperfections, resilience and unapologetic perfect selves?

We are collectively stronger when we embrace our uniqueness and diversity. Here’s to all of the women around the globe who shine their bright light, who stand strong for what they believe in, who push themselves when they feel they have nothing left, and continue to lift up the women who surround them. When we unite in LUV, we can change things. We celebrate and honor the beautiful diversity, power, and fierceness that all women possess.

In celebration of Women’s Equality Day, we’re excited to officially release this beautiful short film created in partnership with Ella Lentini and The Riot Life. An all female-identifying team (in front and behind the camera) came together to create this docu-style poetry short film celebrating empowerment told through the female gaze.

Our all-female cast consists of 50 strong women, including Free2Luv Ambassadors and Advocates from our movement and influencers Stephanie Rice from The Voice, Actress Ali Chapman, Youtubers Catrific and Maiah Ocando, Musicians Bebe Huxley, GabrieLa and Rie Daisies, and many more ambassadors for women’s empowerment.

A big shoutout and thank you to all of the fierce women, in front and behind the camera, for fearlessly sharing your hearts and living your truth. You inspire us and we thank you. 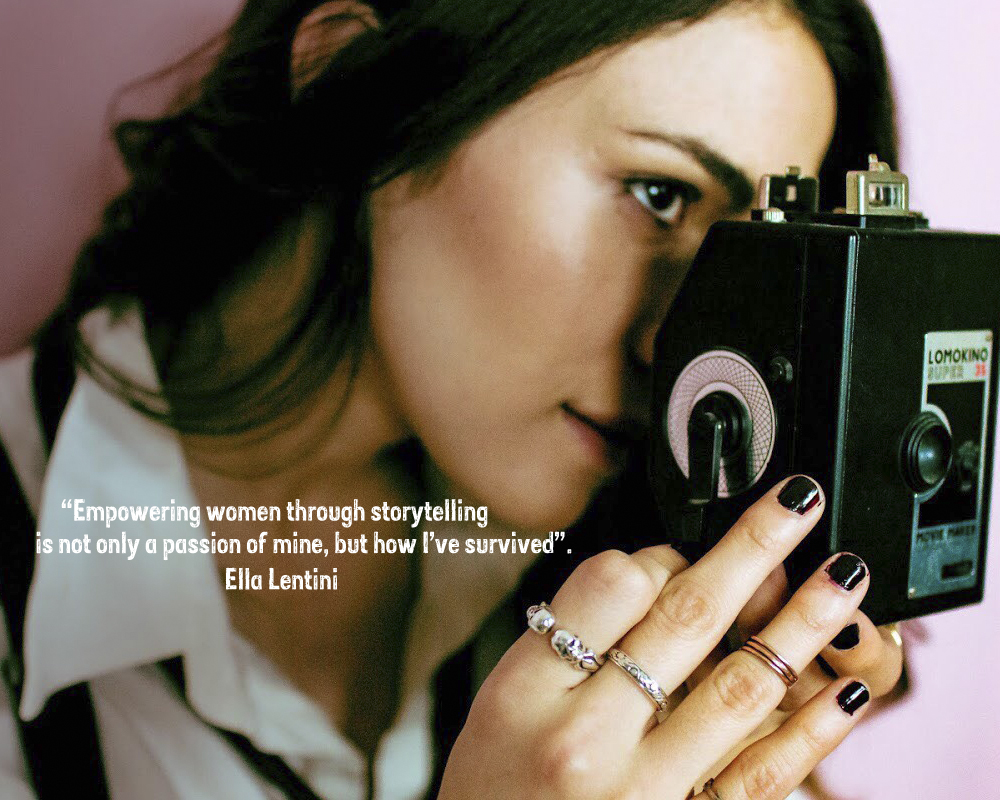 This film was written and directed by Ella Lentini, an NYU graduate who assisted an Oscar-nominated director for three years before her directorial debut of our award-winning short collab, Piece Of Cake. “It’s always a great pleasure to team up with Ella who brings her creative eye and authentic voice to every project. Not only are we proud to have worked on UNSTOPPABLE with her, we’re also blessed to have her in the Free2Luv family,” says Free2Luv Founder Tonya Sandis.

UNSTOPPABLE premiered at The Regent Theater in Los Angeles and aired at L.A. Live Film Fest.

UNSTOPPABLE was selected as a Semi-Finalist by Utah Film Festival and Awards:

“Who runs the world? Girls! The message of the film is clear, girls are unstoppable. Despite the historical events that happened in the past, women managed to shape the world, or continue to change the perception of most people in the world about them. In a judgmental world, they try to show what real beauty is; it is not just skin-deep. Beauty takes different forms; not even one woman should be considered ugly. Everyone is uniquely beautiful in her own way. They are blessed by charm, wit, beauty, and power, and God has given them to us as blessings to humanity.”

Written and directed by Ella Lentini.

Depression: It Can Affect Anyone
Previous Article

take a stand to spread luv and end bullying